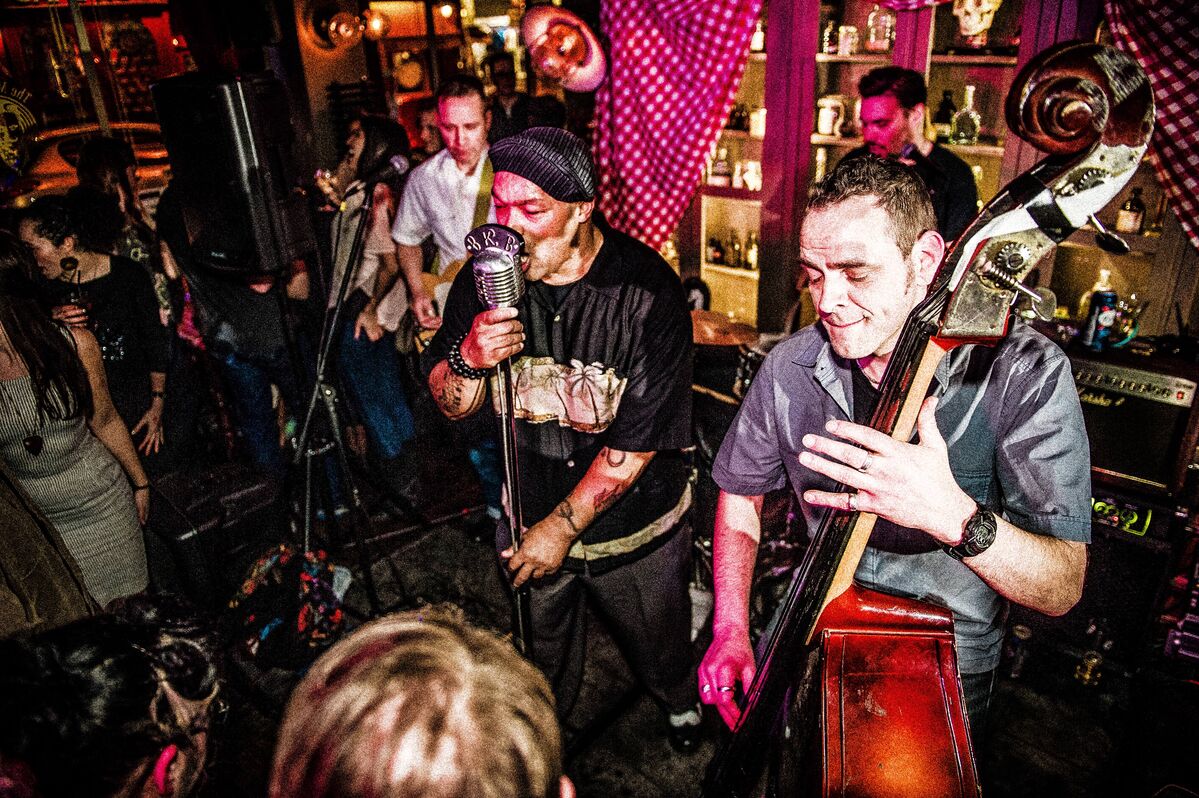 Black Kat Boppers formed after some chance meetings, speculative phone calls and a little bit of fate.  A shared love for rockin’ roots music was clear and they haven’t looked back since.  There’s been triumphant performances at Glastonbury many times, Port Eliot, Bestival & Hyde Park (with Blur & The Specials).  They’ve rocked Notting Hill Carnival, Rockabilly Rave Latitude & Viva Las Vegas, not to mention performing a memorable set with Florence and The Machine at Bob Geldof’s 60th birthday party.  They’ve been joined on stage by Damon Albarn as well as working with him in the studio and have regularly had Clash legend Paul Simonon playing with the band.  Paul Simonon, who has been a great support to them, also appears on their debut album “Boppin Atcha” and has done the sleeve artwork.

The much awaited new album, simply “Black Kat Boppers” was released in 2018.