If you were at the Loki Dread stage for Saturday night a couple of years back you’ll remember what an absolute banger of a night it was. We’re upping the ante for 2022 with more lights, lasers, visuals and now the undisputed2021 DMC Champion of the world, JFB !

JFB, is definitely an artist to look out for. His successes have mainly been obtained from the ability to rock many parties with many styles, crossing over all the musical genres ranging from Jazz, Funk, Hip-hop, Dubstep, Glitch-hop, Electro-swing, Ghetto Funk, Breakbeat, Drumstep & Drum&bass.

JFB has collaborated with many respected artists such as doing remixes and DJ mixes for Fatboy slim who quoted ‘JFB Is The Thinking Man’s Grandmaster Flash’. check out JFB’s dubstep remixes of ‘Right Here, Right Now’ & ‘Praise You’ On Skint records also the very successful 4 turntable scratch routine of the ‘Right Here, Right Now’ remix, which is nearly on 2 million views here:

One other Collaboration which is more than worth mentioning is with the legendary Beardyman.. In 2006 they started one of the worlds most unique nights called ‘Battlejam’ which put them in the forefront of utilising live music technology and pushing the boundaries of dance music merged with live crowd interaction and comedy.. look out for the upcoming live ‘Battlejam Tv’ internet streams..

JFB has played a stupid amount of amazing festivals, clubs, venues & parties such as ‘Big Beach Boutique 2008’, a regular favourite in Rob Da Bank’s Bestival’s Big Top Stage, LoveBox festival, Glastonbury, Big Beach Festival In Japan, E4’s Underbelly, smashing the dance off stage at Secret Garden Party, Video scratching In the Solid steel Tent at Big chill, a personal favourite of Chaiwallahs, Beach break, Greenman, Sunrise, Glade, headlining along side Ed Solo at Boomtown and now finally, at what we believe must be the pinnacle moment of his career, he is headlining Staycation Live Saturday night ! 😉

Many more acts to be announced so stay tuned… 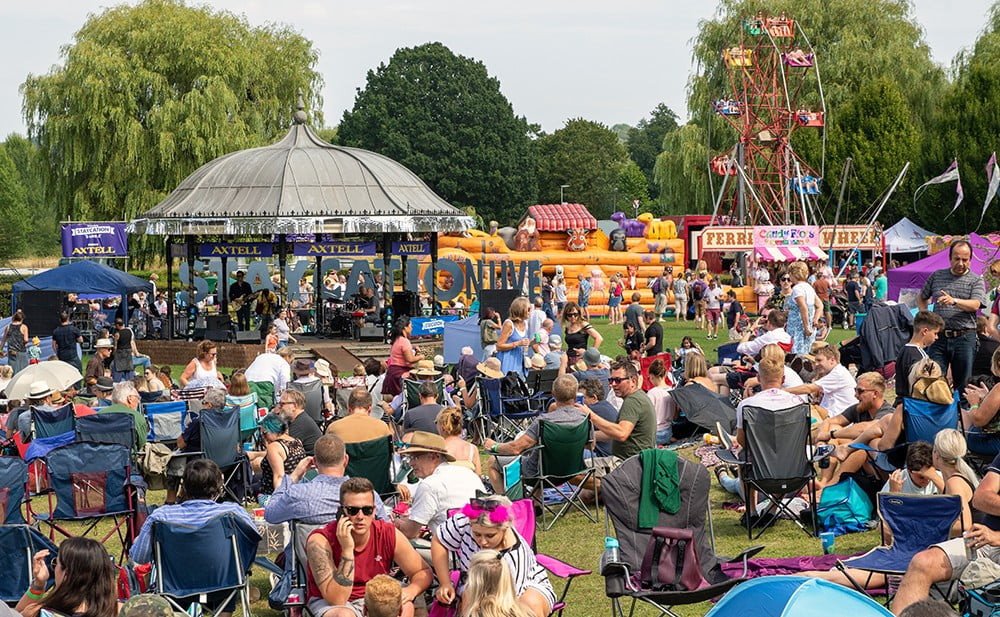 Staycation Live is Back for 2022

It’s been a pretty tough couple of years and we’ve missed you lovely Staycationeers massively but we’re back for 2022 with our 10 years anniversary party!! We’ll be back in the park on the 6th and 7th of August.

The festival has brought many great and diverse acts to Godalming over the two stages set in picturesque Phillips Memorial Park and you can expect more of the same this year with an eclectic mix of acts and bands ranging from folk to funk, electro swing to mega folk and ska to hip-hop.

Staycation Live 2022 is a donation-based, pay what you feel festival that couldn’t take place if it wasn’t for the support we receive from you, our awesome Staycationeers 🙂  Please support the event and if you can afford it, stick a donation in the tin and help keep the festival going while supporting our chosen charity.

We can’t wait to see you all in the park for 2022, it’s going to be an absolute banger, see you at the front!